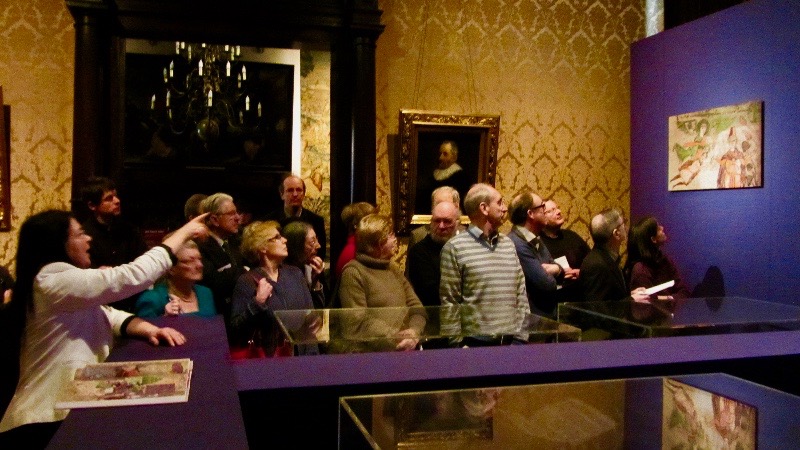 Christopher Plantin started collecting biblical and classical writings in the 16th century. A century later these had been joined by superb Bibles, missals and books of hours from all over Europe. From the late 18th century the Moretus family took the collection to even greater heights. Illuminated manuscripts began to be seen as exquisite works of art from a distant and exotic mediaeval past. At the same time as these manuscripts were being treasured, unwanted parchment folios were being used as endpapers or dust jackets.

The exhibition The Magnificent Middle Ages shows 40 striking and important examples of book illumination. They were selected jointly by the Plantin-Moretus Museum and Illuminare. The exhibition is based on new art historical research by Lieve Watteeuw and Catherine Reynolds.